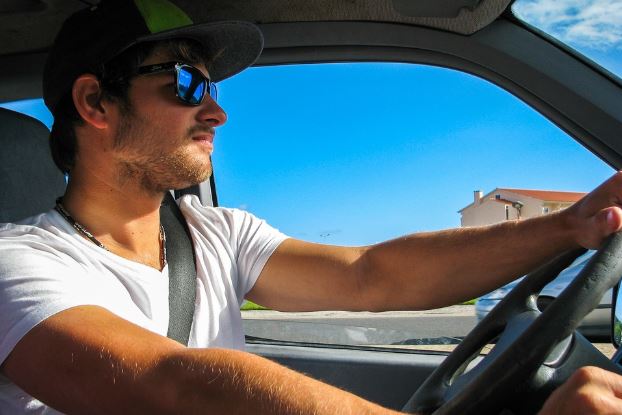 For most, driving is a necessary chore. A way of getting from a to be that’s faster than walking, cheaper than a cab and less soul crushing than riding on the train. For some, however, it is not a tedium, but an all-consuming passion. Seasoned gearheads are not only enamored of the act of driving itself but passionate about the science behind it and the quotidian miracles of modern engineering that live beneath the hood of every car.

For those who are passionate about driving and about cars, a long jaunt on the open road is the closest they’ll ever come from being able to fly. Yet, as exhilarating and as thrilling as driving can be, hurtling down the freeway in a metal box is an inherently risky practice. Responsible drivers need to be mindful of hazards to themselves and other road users. Still, even the most aware and alert driver should take steps to protect themselves, including…

No matter how confident you are in your driving abilities, remaining hydrated is one of the most important things you can do to stay safe on the road. When driving, especially on long journeys, it’s essential to keep a bottle of water in the car. Dehydration can make you less alert and slow your response to hazards by fractions of a second which can make all the difference between a collision and a near-miss.

Invest in a dash cam

In an increasingly litigious society it’s important to protect yourself from false allegations which may be made against you either from drivers who are at fault yet refuse to admit it or chancers who think that they can make easy money by stepping in front of your car (yup, they exist). And let’s not forget the kind of people who think that it’s okay to hit and run.

This is why pretty much everyone should have a dash cam mounted. It can protect you from a legal and insurance standpoint should you be embroiled in a collision.

Keep a lawyer’s business card in your glovebox

Speaking of legal ramifications, if you are involved in an collision, it is prudent not just to speak to your insurer but to seek legal counsel. Many road users are thrown off guard when they are involved in a collision and the other driver comes limping out of the vehicle clutching their neck (even though it was a low-impact collision). In their flustered state, people can inadvertently say things which later prove incriminating (even if they aren’t at fault).

It’s always worth having the details of a lawyer with experience in a range of practice areas handy. Simply knowing their card is in your glovebox can help you to drive that little bit easier and more carefree.

Finally, as of last year it has become a legal requirement for new vehicles to have rear cameras fitted to reduce the risk of accidents when maneuvering. However, if you have an older vehicle, you can still benefit from the installation of aftermarket sensors.

They can make potentially stressful situations like parallel parking on a busy street seem like just another part of a relaxing and pleasant ride!