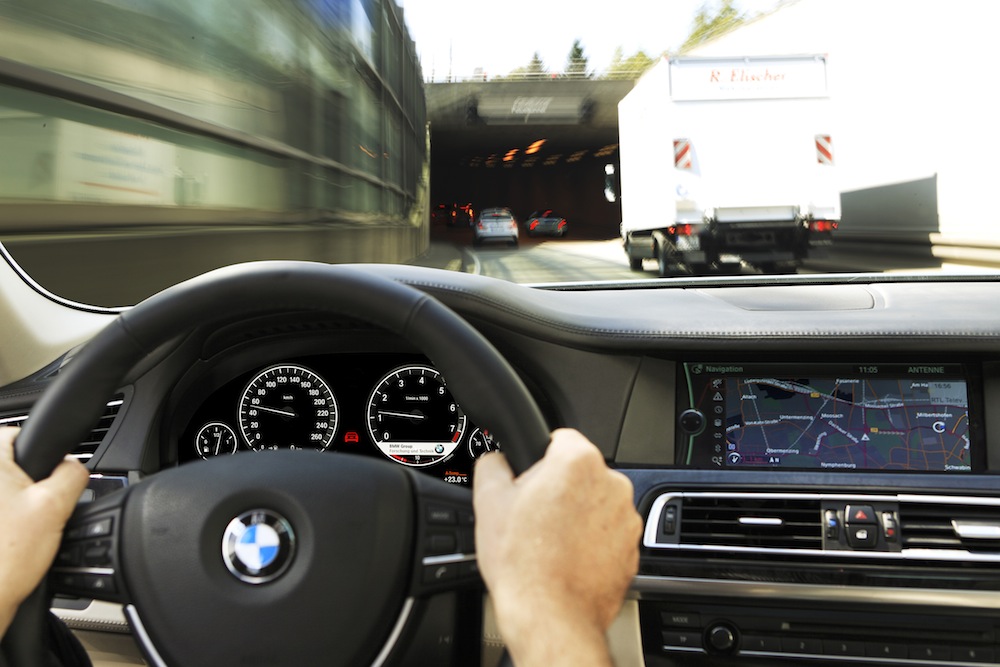 In early January, BMW wowed visitors at the 2016 Consumer Electronic Show in Las Vegas by unveiling the i8 iVision Future Interaction, a concept car that, amongst other new and exciting technology, introduces mirrorless driving. The technology is relatively simple to explain, the car has three wide-angle video cameras instead of wing and rear view mirrors and the video feeds are monitored on a rather impressive dashboard display, which are becoming more and more popular, it’s well worth investing in the best dash cam you can find!

The main advantages of mirrorless motoring are that the cameras eliminate the blind spot by merging the images from each camera into one. They give warnings about potential hazards whilst moving and when parked, and the improved aerodynamics achieved by the cameras, that are smaller and lighter than conventional car mirrors, help you get better fuel economy.

In addition to this, the cameras, unlike mirrors, don’t have to be adjusted to suit a specific driver and front seat passengers can use the dashboard camera display just as well as the driver. All in all, mirrorless driving technology is pretty impressive.

If you are considering purchasing a shiny new car with mirrorless technology, you will, however, have to wait a while as a release date for production of cars with the technology has not been given as of yet. BMW anticipate that the preparation for production will begin in 2016. Other manufacturers meanwhile, are developing similar technology and so a mirrorless future may be closer than you think.

And that’s not the only new technology you can expect to see in the near future, gesture technology is also being developed by BMW and others. Gesture technology enables the driver to do things like turn up or down the music coming from the car’s entertainment system simply by rotating their pinky in a clockwise or anticlockwise motion. It also lets the driver take mobile phone calls by pointing at the phone display or reject them with a rather dismissive waft of the hand. This is of course once the phone has been connected to the car’s onboard computer.

In an age where you are never far from one type of sophisticated technology or another, how do you feel about technology and the modern car? Are you chomping at the bit for more technology that makes driving safer and dictates that the driver relies more and more on the car to virtually drive itself? Or are you yearning for old school cars that are a hands on, adrenaline pumping driving experience?