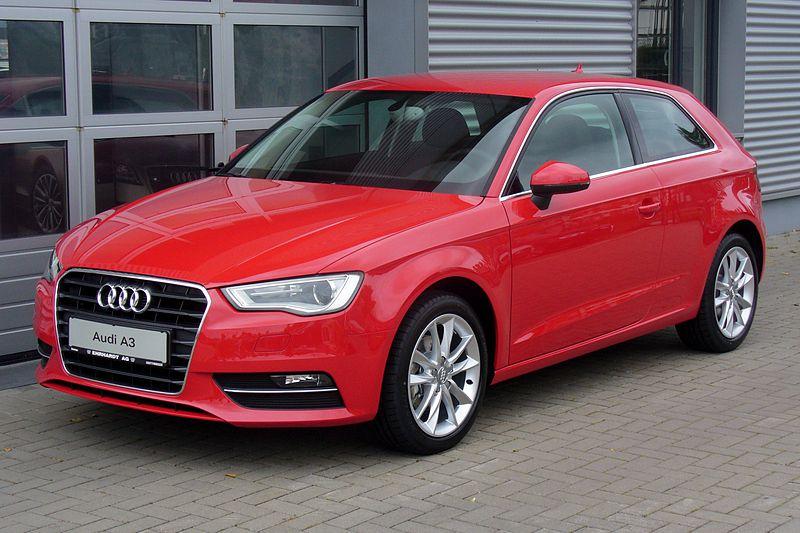 The Audi A3 (Wikimedia)

These days, it’s harder than ever to get a top vehicle safety rating on your insurance, with modern safety standards constantly being bumped up. However, new active safety technology that’s becoming more and more common is gradually making high safety rating more accessible. In this post, we’ll take a closer look at some of the safest vehicles on the road today.

Audi has always been known for their forward-thinking approach to technology, not to mention their cars’ excellent reliability. Today, the company’s front-crash prevention system gets the highest possible “superior” rating. When the latest version of the A3 hit the roads, test drivers from a number of different journals all praised the A3 for its interior tech, both in the infotainment system and the instrument display. Aside from that, the sporty handling and powerful acceleration don’t hurt!

A close competitor of the A3, the entry-level 2 Series gets a higher rating for its headlights, but a slightly lower “advanced” ranking for the front crash prevention system. However, the combination of the two has still rendered this one of the safest cars on the road in 2017. Aside from the fact you’re much less likely to get into a car accident in a 2 Series, the car itself performs beautifully. The 2017 model has increased horsepower, and greatly improved exterior styling. Like most BMWs, the car has also got pretty good marks for its brisk acceleration and its nimble handling. Furthermore, it has a lot of trunk space compared to other big players in its class.

This is another practical car that comes with a slew of great safety features, which has earned it a top safety rating from the powers that be. However, it’s also one of the most highly rated compact SUVs surveyed by US news and various small auto journals. Though it may not perform on a track quite as well as the BMW 2 Series and the Audi A3, it provides drivers with a very comfortable interior, with ample leg room and plenty of space for cargo.

Subaru aren’t the car badge that many people think would take any prestigious titles, but the Impreza has certainly shown the world that the company can get safety right. This small but stylish sedan has received top safety grades all round – through crash tests, its headlights, and its collision avoidance system. It also has a nice, spacy interior and a very comfortable ride.

Toyota’s SUVs have always been praised for their reliability, and the modern Highlander has made a splash when it comes to safety ratings as well. This is one of the few cars to receive “superior” ratings for its sophisticated collision avoidance system, and a second-best “acceptable” rating for its headlights. While you could do slightly better in terms of safety, there’s another ace up the Highlander’s sleeve. Unlike many of its big competitors, the Highlander’s advanced safety apparatus comes as standard. If you’re into SUVs, you could certainly do a lot worse!