Nobody gets behind of the wheel of a car thinking that they are going to get into an accident. But there are still millions which occur every single year resulting in everything from minor injuries to fatalities. When you drive by the scene of an accident, you don’t tend to learn a great deal about what has caused it in the first place.

Well, in this article, we are going to run through just a few of the most common causes of car accidents. It is only by knowing and understanding these that you are going to be able to help to prevent any of them from happening to you. Obviously, there are no guarantees when it comes to car accidents, so you may need to get in contact with a lawyer like https://www.salvilaw.com/car-accident-lawyer/. Hopefully, you will take something away that will make you a safer road user.

Falling Asleep at the Wheel

Unfortunately, people are very bad judges of their own drowsiness. It is estimated that around seven percent of all car accidents are caused by falling asleep at the wheel. And it is much more likely that these accidents are going to be serious or even fatal. Modern car manufacturers are trying to combat this problem by installing drowsiness sensors onto their vehicles which alert you if they notice a change in your driving habits which may indicate that you are falling asleep. But you should also take the time to look after yourself by pulling over for a nap if you feel tired. There is nothing that you need to get to so urgently that you risk putting yourself in danger.

If you drive sensibly according to the conditions, loss of control shouldn’t be something that you have to worry about. However, too many people are driving too quickly and putting themselves at risk. Aggressive maneuvering and taking sharp turns too fast are two common and avoidable causes of accidents. Another one is people who don’t drive according to the weather conditions. If it is icy on the road, you need to slow down significantly and keep a much bigger distance between your vehicle and the one in front. You can also help to reduce the temptation to speed by giving yourself plenty of time to arrive at your destination rather than leaving at the last minute. 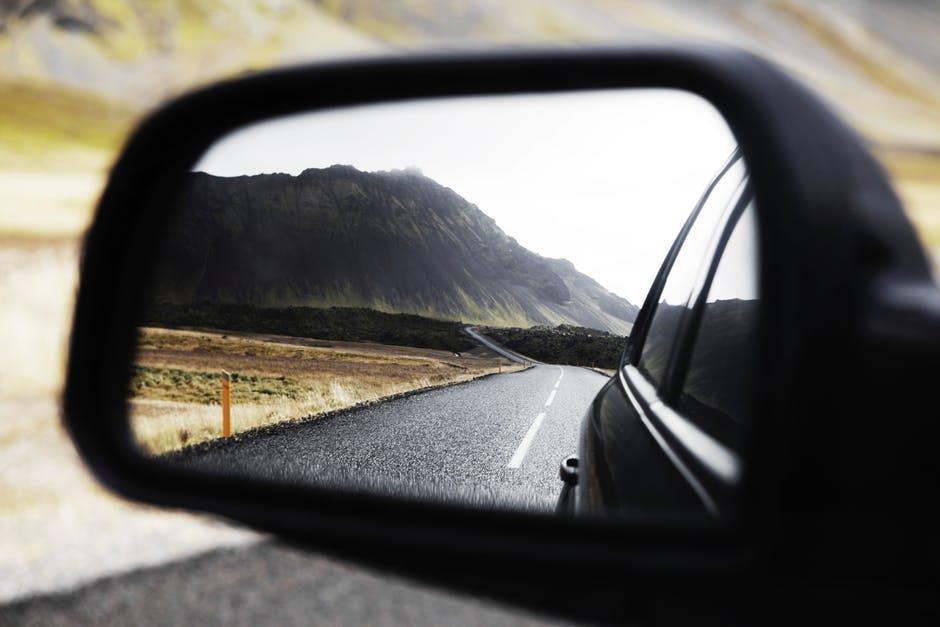 Everyone knows about the blind spot of a car, and you need to make a special effort to check this to ensure that you aren’t changing lanes with a car speeding along behind you. Modern vehicles are being fitted with blind spot monitors to help tackle this issue. But there are plenty of other maneuvers which motorists make without getting a full picture of what is going on. For example, if you are stuck behind a slow moving vehicle, you shouldn’t pull out to overtake it unless you are certain that it is safe. Similarly, you are always taking a risk if you go through a light which is just changing. You should always be sure that what you are doing in the car is safe.

Rear-Ending the Car in Front

As simple as it may sound to not drive into the car directly in front of you, this actually accounts for nearly a third of all accidents. The only way that you are going to protect yourself from this happening is by giving yourself plenty of space and time to react. It is as simple as that. You can never rely on the drive in front of you not to suddenly slam the brakes on. The amount of time that you are ‘saving’ by driving close to the car in front is negligible. And there is no point in putting yourself through the risk.

Another highly common cause of car accidents is departing from your lane or even the road entirely. A further third of accidents are caused due to this reason. Most of the time, this is caused by a simple loss of concentration. But there are also more things which are likely to distract us these days. The number one candidate is your smartphone, so make sure that you don’t use this at all while you are behind the wheel of a car. Again, modern car manufacturers are starting to deal with this problem by fitting their vehicles with a lane departure warning system. But even if your car has one of these, you should also make sure that you minimise your distractions as much as possible.

The final common cause of car accidents that we are going to discuss is a common one, but it is still worth mentioning. Road rage is something which can be destructive – particularly if you are on the road with other people who also suffer from the same condition. People find themselves trying to get ‘revenge’ or ‘beat’ the car that they believe has wronged them in some way. This then causes them to be reckless and engage in driving that they wouldn’t normally. This sense of unpredictability is not something which is going to do you any favours, and you will only make it more likely that you will end up in an accident of some sort.

Now that you know a few of the most common causes of car accidents out there, you can start to do something about them. First of all, you should never drive tired and take regular breaks on long trips. Drive at the speed limit and avoid reckless maneuvers. You should also avoid taking any unnecessary risks on the road because you don’t have full visibility. Keep your distance away from the car directly in front of you and keep your concentration to avoid lane or road departure. Finally, if you have an issue with road rage, now is the time to take some steps to tackle this and become a calmer and safer driver.