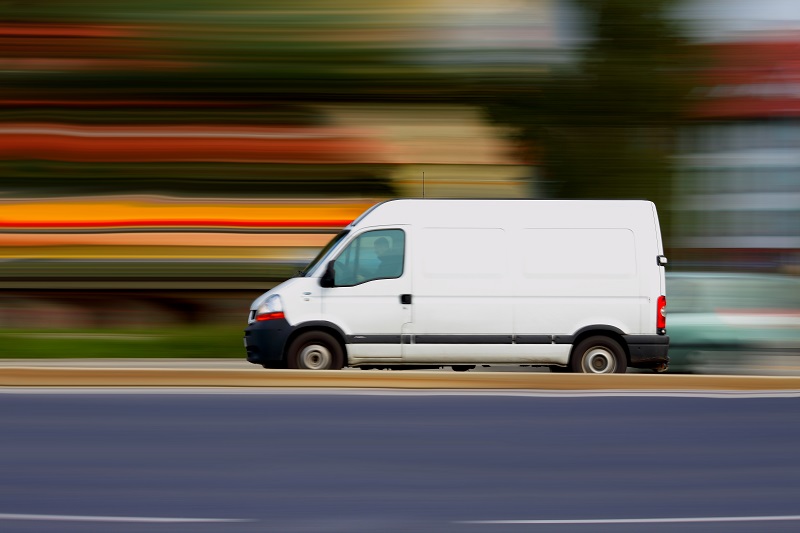 When you’re buying a van, top speed probably isn’t one of the main priorities. However, almost every type of vehicle is packing more power than it once did and vans are no exception. It doesn’t seem that long ago that the average family saloon would do zero-to-sixty in around fifteen seconds, while fast cars came in under ten, and six seconds or less was the realm of supercars. Nowadays, a mid-size compact can push for under six seconds.

The Mercedes-Benz Sprinter is typically considered to be the fastest of the large panel vans. it comes with two engine types, the 2.2-liter four-cylinder that delivers up to 163 bhp or the 3.0-liter V6 CDI which gives you access to one of the most powerful engines on the market with 190 bhp. At its best, the Sprinter can do zero to sixty in 11.4 seconds and has been noted to do around 100 mph when traveling full speed down the Autobahn.

For something a little smaller, the latest range of the Caddy uses a 2.0-liter, four-cylinder diesel engine that goes up to a zippy 148 bhp. If you really want to get a sense of speed, though, take a look at the world’s fastest Volkswagen Caddy. This was capable of an incredible 260 hp after some serious modifications. The vehicle, which was a modification of the 2.0-liter TDI, claimed a podium finish three times in the 2008 Volkswagen Racing Cup.

The Best Forms of Finance

If you don’t have the time or the skills to create something unique, you can still obtain the original via more conventional means. For those not interested in owning the van outright, or you’d prefer to pay via a series of monthly installments, leasing the vehicle may be just the right approach for you. There are several different methods, though, so you’ll need to make sure you choose which one makes the most financial sense.

Your two main options are a business contract hire or a business contract purchase. With the former, you can rent the vehicle from companies like LeaseVan though you’ll have no option to buy. The latter gives you the added option to purchase the vehicle, though you can do some in fixed, monthly fees. What you pay will be dependent on a number of different factors, such as the length of your contract, how many miles you expect to drive, and the type of vehicle you’re looking for.