Elon Musk has said that battery technology will make electric cars cheaper than their gas-guzzling counterparts. The price of battery tech is coming down all the time, and sometime in the next two decades, it’ll be unequivocally cheaper than petrol at every price point in the market. The reason for this, of course, is that petrol cars have a lot more moving parts than electric vehicles, meaning that there’s more stuff to engineer and more stuff to go wrong.

That’s why when Dacia announced the Sandero would be selling for a mere £5,345, people got worried. Sure electric cars might one day be that cheap, thanks to the advantages of the technology, but how can a diesel car be so inexpensive without cutting corners?

Part of the reason for the Sandero’s ridiculously low price is all of the competition in the small car segment right now. People in that market want value for money about all else, so car makers have to walk a sort of tightrope. They don’t want to make cars that are so cheap that they fall to bits overnight, giving their business a bad name (think Fiat). But they also don’t want cars that are expensive, otherwise, they’ll lose the interest of their target market.

The tradeoff in the Sandero is the distinct feeling on the interior that you’ve stepped into a car from the 1990s. Sure everything is new, fresh out of the factory, but there are none of the creature comforts we’ve come to expect and rely on.

The car comes with cheap car insurance for sure, but the driving experience leaves a lot to be desired. The 1.0-litre engine, which has no turbo is pathetic, and so too is the smaller 0.9-litre engine with a turbo. Neither fill you with confidence or give you the sense that you could overtake that lorry on a single-carriageway road, even if you put your foot to the floor.

The comfort of the car is a little better. On A-roads and in the country, it’s at its best, meandering through long bends and feeling relatively stable in the process. In towns and cities, though: that’s where the car suffers. The suspension just doesn’t seem to be able to absorb bumps in the tarmac, struggling to soak up the impact of running over a pothole. 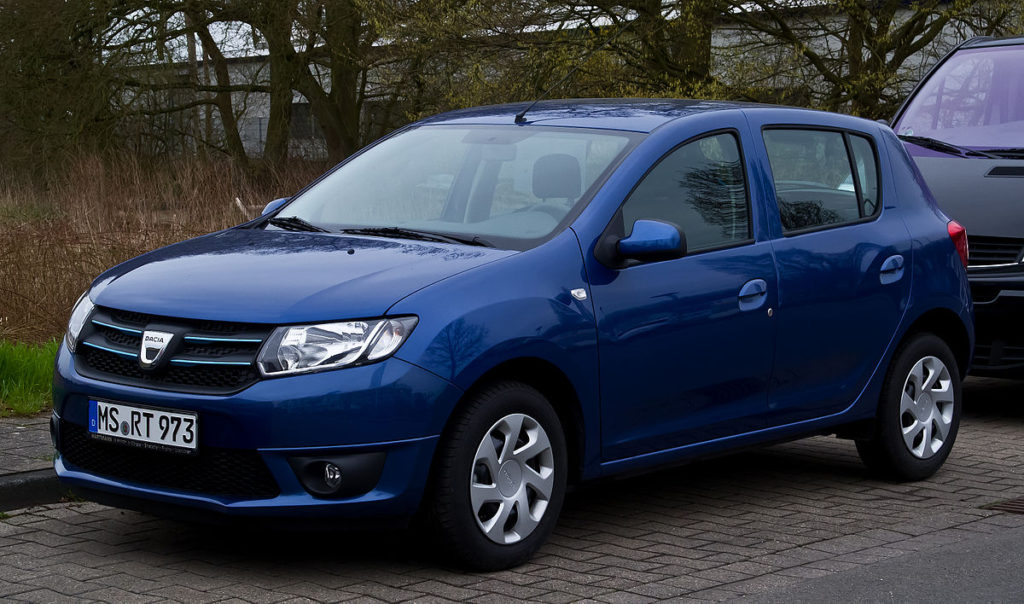 There is one area in which the Sandero does excel, and that’s space. At the front, there is plenty of room, even if there aren’t many of the creature comforts we expect in the cockpit. And in the back of the car, headroom is good, meaning that despite its small size, the car is very accommodating for taller passengers.

Bear in mind that there are no pockets in the back of the front seats, meaning you might struggle to store things like maps. The boot is one of the largest in the small car class, beating out boot space in the Ford Ka and the Suzuki Swift.

Worth the money? If you don’t care about the lack of equipment up front and you want something that keeps car costs down, the answer is maybe.