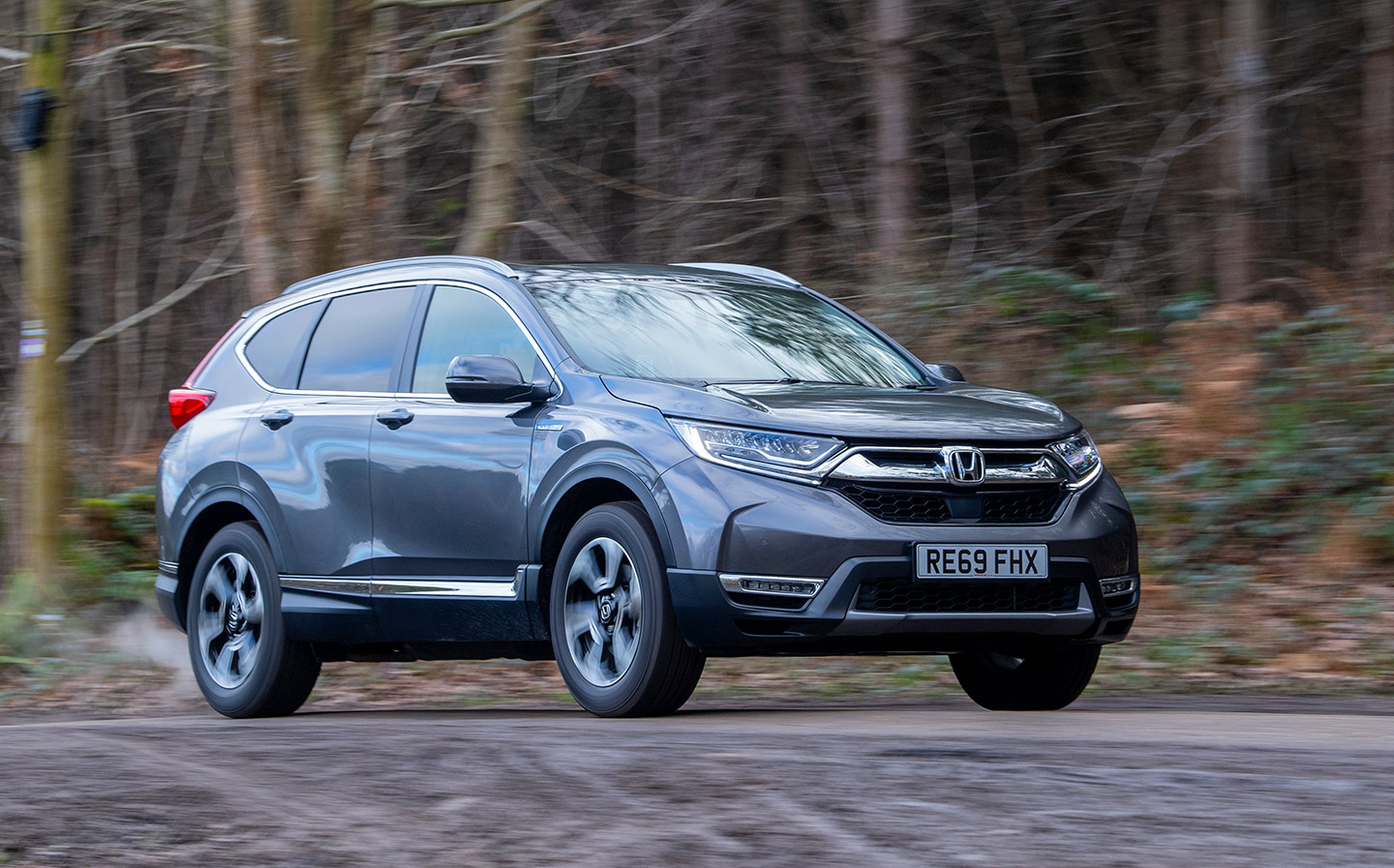 The Toyota RAV4 and Honda CR-V have been hogging space in the small SUV market as new small SUVs.  Considered good buys and highly reliable, they are both highly prized as used vehicles. This is a good year to choose a used model because there are few upgrades on the 2021s for either one.

When you step back a few years, what is the difference between the two and which one is better? Let’s take a look.

If you go back to 2017, you’ll find the Honda CR-V is basically the same.  There were no major changes in 2018 or 2019 beyond additions to the amenities menu.  In 2020, the company made Honda Sensing standard, and they also changed the exterior a bit.  Even if you choose a new 2021 CR-V, you’ll find that they didn’t need to make major changes again this year.

With the RAV4, you are stepping back a generation to buy a 2017. However, Toyota added its Toyota Safety Sense in 2017, a whole two years before Honda made its standard.  There were few changes in 2018.  In 2019, the RAV4 became a new model with a better engine and better fuel economy.  Some more technologies were added in 2020, but 2021 isn’t very different.

As you can see, the fact that the current models aren’t that different from last year, makes them good choices for buying used. In fact, both used models are big sellers at Earnhardt Auto Centers, headquartered in Phoenix with a large online used car inventory plus dealerships throughout the area and in Las Vegas Nevada.

Which One Do You Want to Drive?

If you want the fastest of these rides,  you’ll head for the Toyota RAV4 that is 2019 or later.  That’s because it has a peppy 203-horsepower engine. Toyota supplies 184 pound-feet of torque which is controlled with an eight-speed automatic. The newer engine earns 26/35 mpg city/highway. The 2017 and 2018 RAV4s will have a 186-horsepower engine. Fuel economy is less efficient at 23/30 mpg city/highway.

The Honda CR-V, dating back to 2017, will either have a 184-horsepower or 190-horsepower engine. If there’s a choice, shoppers should definitely aim for the peppy Honda turbo if sticking with the CR-V. The fuel economy is 28/34 mpg city/highway.   In 2020, the company dropped the lower powered engine. 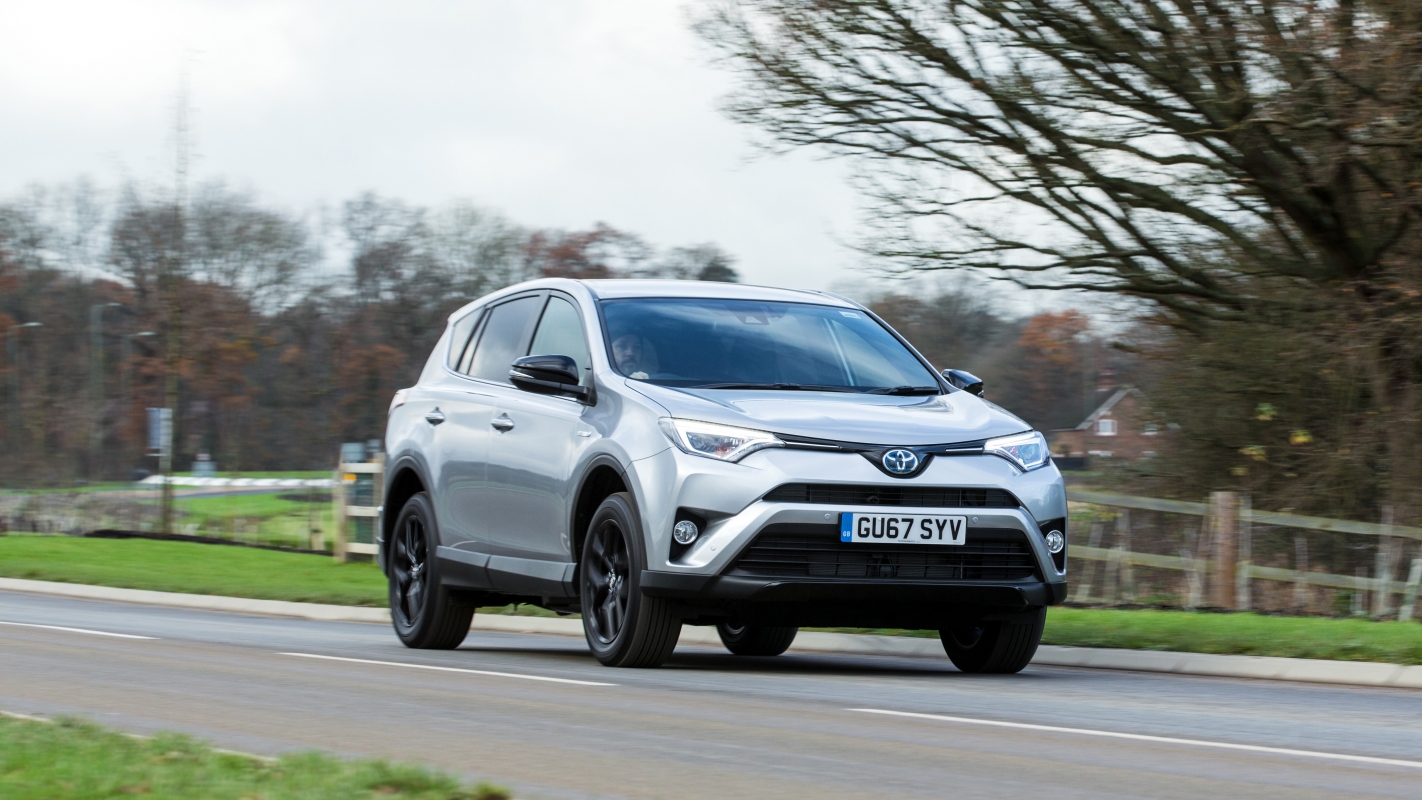 Which SUV is Bigger?

Honda and Toyota have built their SUVs with a commanding driver’s position.  The backseat is slightly bigger in the CR-V than in the RAV4.  Generally the Honda is considered to have a more refined interior and better storage compartments.

The CR-V has a 39.2-cu.ft. cargo hold, but that drops a few cubes if you spring for the top Touring trim. The RAV4 can claim 38.4 cu.ft.   That means you can fit slightly more behind the second row than you can with the RAV4. If the family travels often, this could make a difference.

When it comes to usability, drivers may find the RAV4 is a bit easier when it comes to dash technology.  Honda doesn’t have physical controls for some settings, and this makes it difficult to learn.

Both have advanced features, but the RAV4 is more likely to have its most important dash tech on the entry-level model. Generally a shopper should look for the CR-V EX instead of settling for the LX.   If you get a 2017 CR-V EX model, you’ll get Apple CarPlay and Android Auto. Those weren’t available on a Toyota until several years later. In 2020, the RAV4 LE has standard Android Auto and Apple CarPlay while the CR-V EX has these features.

How Safe Are These SUVs?

Both have above average safety ratings, but there are a few caveats.  The RAV4 had one poor crash score which makes it appear slightly less safe than its rival in the 2017 and 2018 model years.  Honda has a problem with its headlights, which never seem to get beyond acceptable. Otherwise, its safety record is slightly better. So, it is a wash between the two when it comes to the basics.

From 2017 onward, the RAV4 has these safety systems (and sometimes more): forward collision warning, lane departure warning, automatic emergency braking.  From 2019 onward, the CR-V has those as well as its special road departure system.  Blind spot monitoring can be found, but you will inevitably have to step up to a higher trim on either brand, so be on the lookout for that.

Both of these models come from manufacturers with reputations for long-lasting models.  Toyota tends to score better in reliability scores overall, but the RAV4 slips behind the CR-V in overall predicted reliability. According to J.D. Power, the Honda CR-V rates a 3.5 out of 5 which is above average. The Toyota RAV4 rates 3 out of 5, an average score.

If you are looking for the nicest CR-V models, you should aim for the EX-L or Touring.  For the nicest RAV, you want the XLE Premium or Limited.  The Toyota offers an Adventure trim that doesn’t have an equivalent in the Honda stable.

In conclusion, when shopping for one of these used models, you will get more for your money if you pay close attention to both the trim level and model year.  You’ll want to look closely at what technologies are offered.  Don’t jump on a deal until you have determined if the package is truly the best you can do for the money.