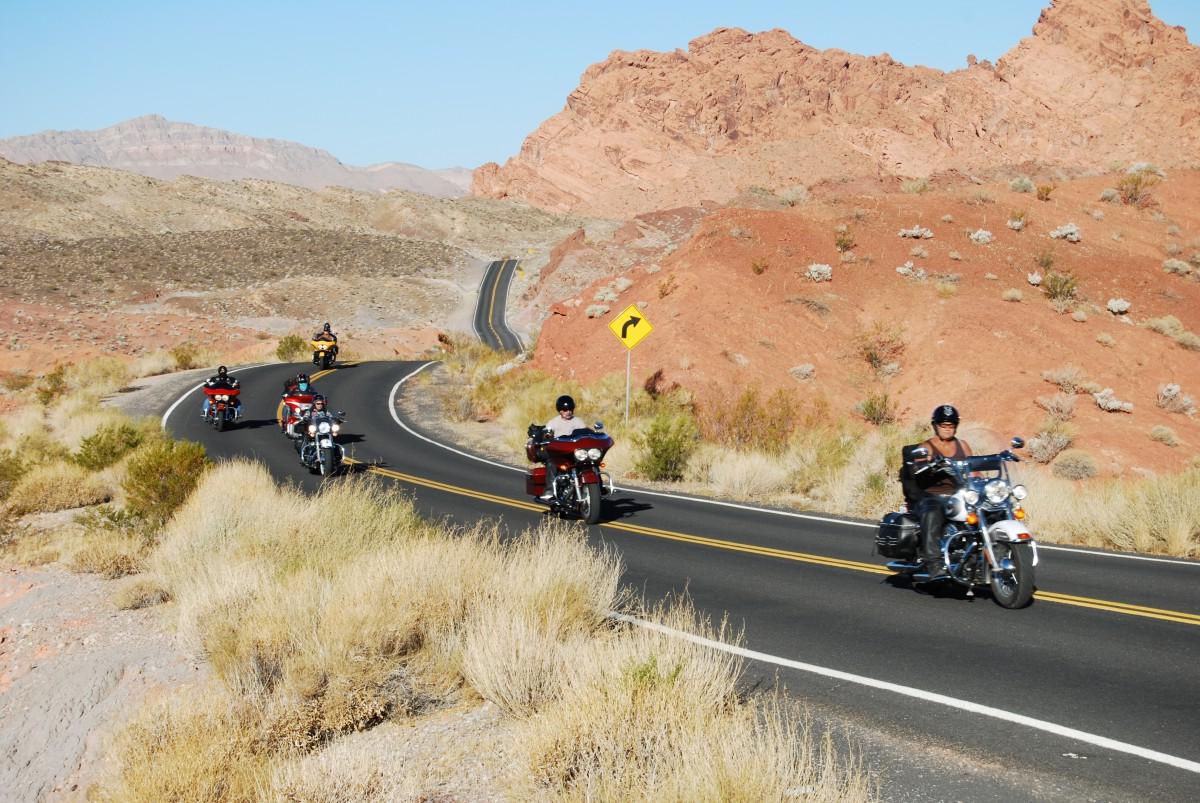 The bags are packed and the chopper is ready to roll. That’s right – you’re going on a motorcycle road trip. Congratulations because too many people don’t get the experience the thrill of exploring another country on a hog. Cars are great, but there isn’t the same excitement because you don’t get to brave the elements and see the sights as clearly. Plus, no one messes with a biker gang! But, before you rev the engine, there are a few things beginners should know about motorcycle etiquette. The first thing to note is that it’s real and it does exist! Here are four extras to consider.

Because bikers are a part of a community, it’s uncouth to leave another brother or sister behind. Okay, so you don’t know anything about fixing a broken chopper, yet it doesn’t matter. Two heads are better than one, plus there is more people power to push it out of harm’s way. The rider may wave you on your way, but it’s important to slow down and enquire in the first place. Not only does it make you look good, but it satiates your curiosity. Let’s face it – it’s better than rubbernecking! If in doubt, offer to ride them to the next town to get help.

Follow the leader, leader, leader, follow the leader! Keep this song in your head and you’ll be ingratiate into the fold without a second thought. As part of a commune, there is always a leader who sets the pace and the route. Sons of Anarchy it may not be, but overtaking this person will seriously piss off everyone else. And check out this fun fact: it’s safer to stay behind another rider. Honking and speeding past only adds to the chance of an accident. Instead, get in the mirrors so they can see you and then perform a maneuver.

“I’ll get a hog and never have to wait at traffic lights again!” To begin with, yes you will because bikes have to stop at a red light. Also, it’s not nice to speed in and out of traffic whether you can do it or not. Cars have difficulty spotting riders in their mirrors and are anxious about causing a collision. Jinking through small spaces in front of other motorists is bound to cause them alarm, and it isn’t nice. More importantly, winding in and out is a sure-fire way to affect an accident. All it takes is one clip and you’re on the floor.

Leave Trash In The Bin

Some riders like to talk trash about another person’s ride and it’s not right. A road trip isn’t about who looks best or who’s spent the most money; it’s about the experience. Talking greasy is disrespectful to the craft and shows that you don’t care about the art form. Plus, it’s a good way to get into an altercation with a biker, and it won’t end well.

Now that you know the ropes, will you stick to the hypothetical rules of the road?