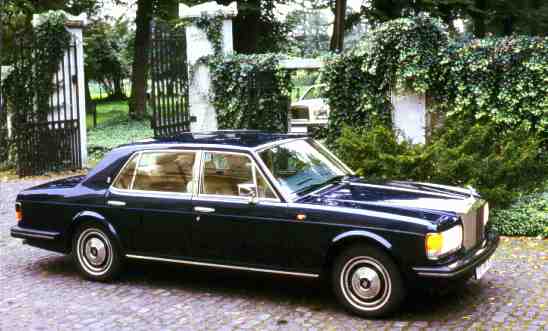 Everyone wants to feel a million dollars when they are out and about in their car; to have admiring looks at the traffic lights and to hear the engine purr as they pull away at a Stop sign.

For many of us though, owning a luxury limousine is just a dream – unless we win the lottery of course. Those who have dollars to spend though have certainly splashed the cash and there are some incredible limousines either on the road or as part of private collections.

If you’re not already a millionaire, the solution instead is to hire one for the day such as the Party Bus from http://www.bergenlimo.com/New-Jersey-Party-Bus.html and spend some time feeling like a Hollywood superstar. As you enjoy being a celebrity for the day, dream about that big win and check out the most expensive limousines ever here.

Owned by the Sultan of Brunei, this customized Rolls Royce is the most valuable limousine in the world.  When he got married, he wanted a unique car to add to his enormous collection and the result was a stretched Rolls Royce Spur which was completely plated in pure 24 carat gold. It now sits as part of his vehicle collection which is reported to be worth $4 billion.

A comparatively inexpensive car in comparison to the gold wonder of the Sultan of Brunei, this one of a kind Batmobile Limousine though is still worth an eye-wateringly high amount of money. Created in 2012, it contains every gadget and feature from the Batmobile used in the movie franchise from 1989-1992. Equipped with on board rocket launchers and a V8 Corvette engine, it also boasts the rather unusual addition of ejecting front and rear wheels.

Not only is this white stretch limousine the third most valuable in the world, it also holds the record for being the longest on the planet. At 100 feet long and complete with 26 tires, the proud owner is designer Jay Ohrberg. It’s more a mansion than a car though as it doesn’t just come with seating inside; there’s also a Jacuzzi, swimming pool, king size bed and a landing pad for any friends who pass by in their helicopter.

Whilst there are many Phantoms on the roads around the world, there’s one vehicle in particular which sits head and shoulders above the rest and that’s the one which is used as the official car for the President of China.

A stock car, it was modified for the job of transporting the leader of one of the most powerful countries in the world and the price tag is due to not only the owner but also the fact that it has bulletproof glass and armor as well as a full sized office inside.

Produced in 2009 for the President of the United States, The Beast is also known as Cadillac One. Whilst it’s top secret information as to the exact specification it is thought to have firefighting equipment, tear gas and oxygen tanks on board.