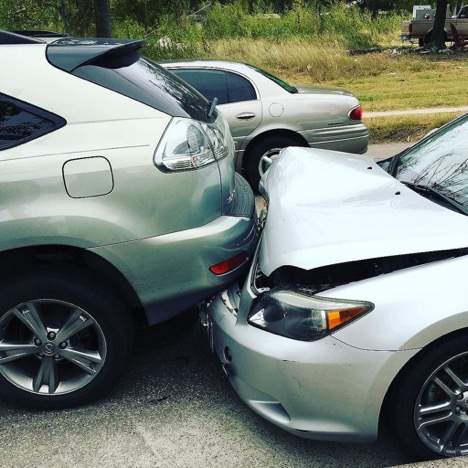 There are always going to be dishonest people that will try anything to get their hands on your money. Email scams, for example, are something that we all have experience of. But a lot of people don’t realize just how common car insurance scams are.

There are a lot of different types of insurance scams out there and you could lose your no claims bonus if you’re on the receiving end of them. Deliberate rear ending is a very common one, where people will brake suddenly in front of you so you hit them. Then, they’ll make an insurance claim against you and maybe even a compensation claim for their supposed injuries. You never know when somebody might attempt to pull off one of these scams on the road so you’ve got to take steps to protect yourself properly. If you’re worried about insurance scams, here are some simple things that you can do to make sure that you don’t fall victim to them.

If a driver suddenly slams on their brakes in an attempt to get you to hit them, it’s hard to avoid it. However, if you’re driving cautiously, you’re more likely to be able to stop in time. That means you should always leave a good amount of space between you and the driver in front (two car lengths is a good guide). You also need to stick to the speed limit because your stopping distance will be too high if you’re speeding.

Be cautious when you’re merging as well because this is another way that people might try to engineer a crash. If somebody is gesturing to let you merge, proceed with caution and give it a few seconds to make sure that they’re actually going to give you the space that you need.

It’s often quite obvious if you’re the victim of an insurance scam. If somebody signals to let you pull out and then crashes right into the side of you, that’s probably not a mistake. If you feel that something doesn’t sit right and you think that a person may have crashed into you on purpose or they’re overstating their injuries, it’s important that you seek legal advice straight away before they have a chance to make an insurance claim. Get in touch with a car accident lawyer as soon as you can and explain the situation to them. They’ll be able to give you a better idea of whether it is a scam or not and what action you need to take if it is. The sooner you seek legal advice, the easier it will be to resolve the situation.

Evidence is so important in these situations because, without it, it’s just your word against theirs. You might claim that they slammed the brakes on deliberately but they can just as easily claim that you were driving dangerously and you hit the back of them. If you can’t prove that you’re telling the truth, you’re in a sticky situation. Luckily, there is a simple solution to that; just get yourself a dash cam. A lot of people are installing them these days because it makes it so much easier to deal with insurance claims and avoid getting caught out by scams if you’ve got video evidence of the whole thing. Having a dash cam installed also cuts the cost of your insurance so you should definitely get one.

Your dash cam does give you a lot of evidence, but you should still be trying to record as many details as possible after the accident. Take note of exactly how many drivers were in each car (some scammers will try to claim that they were involved in an accident when they weren’t). You also need to record the damage to each vehicle in case the other driver tries to exaggerate the damage to their car. If possible, get some photographs of both vehicles and any areas that are damaged, close ups are best.

Don’t just focus on the vehicles either, take note of any injuries that you and the other driver has sustained. Ask if you can get some photographs and take note of their reaction. If they’re a bit defensive about it, that might be because they want to exaggerate their injuries later on and try to make a false compensation claim.

It’s important that you’re always cautious on the road if you want to avoid insurance scams, but you can’t always avoid them completely. But if you make sure that you have enough evidence when you’re in an accident and you seek legal advice, you won’t get caught out.