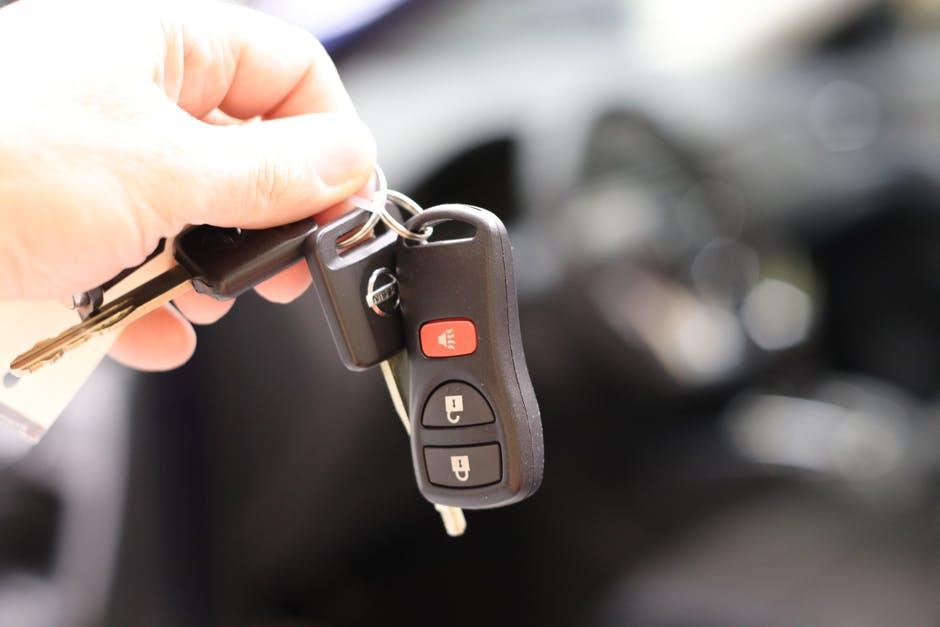 Is there anything as difficult as buying a new car? At times, it’s like trying to make a soufflé while figuring out a unifying theory of the world. Sure, the repercussions aren’t as wide-reaching, but no one wants to lose money. That would be the end of life as we know it! There’s nothing worse than realising “oh, that sales rep has had my pants down.” It’s a violating feeling.

Keeping a level head, then, is essential. Stay calm and do the correct things at the right times and everything will go smoothly. Unfortunately, most of us are petrolhead novices and don’t have a clue where to start. To fill in the gaps, we follow sage advice which has lasted the test of time. Surely it’s trustworthy? Well, some of it is and some of it isn’t. Yep, that’s right – you’ve believed in myths all this time.

Thinking lies are the truth is a surefire way to get into vehicular trouble. After all, salesmen and women aren’t renowned for their diplomacy, not when they work on commission. Following your gut is vital, but so is understanding when you’re revving up the wrong tree. Scroll down to find out more about common car myths and the solutions.

Lots of areas of life get cheaper when you pay in cash. Buy a property outright and you avoid nasty bank fees and interest payments. Even the motor industry has cash upfront incentives. Pay for your tax with the Queen’s head and it’s a tiny bit more affordable. The same goes for clearing the balance of your insurance policy. And, let’s not get started on parts and fuel and the countless other examples.

However, what this generalisation doesn’t take into account is the sales rep and dealership. Both of them want buyers to take out a loan or sign a financing contract because there’s a chance of upselling. Plenty of car owners who use a finance option miss deadlines and pay more in the long-term. For this reason, a supplier will offer a cheaper deal if you pay in instalments each month.

All you have to do is check the contract for the terms and conditions and never miss a payment. In the end, clear the account or sell it back to them to break even. It’s called the “dealer’s reserve” and you can find out more about it at http://www.promsoft.com/dlr_reserve.htm. 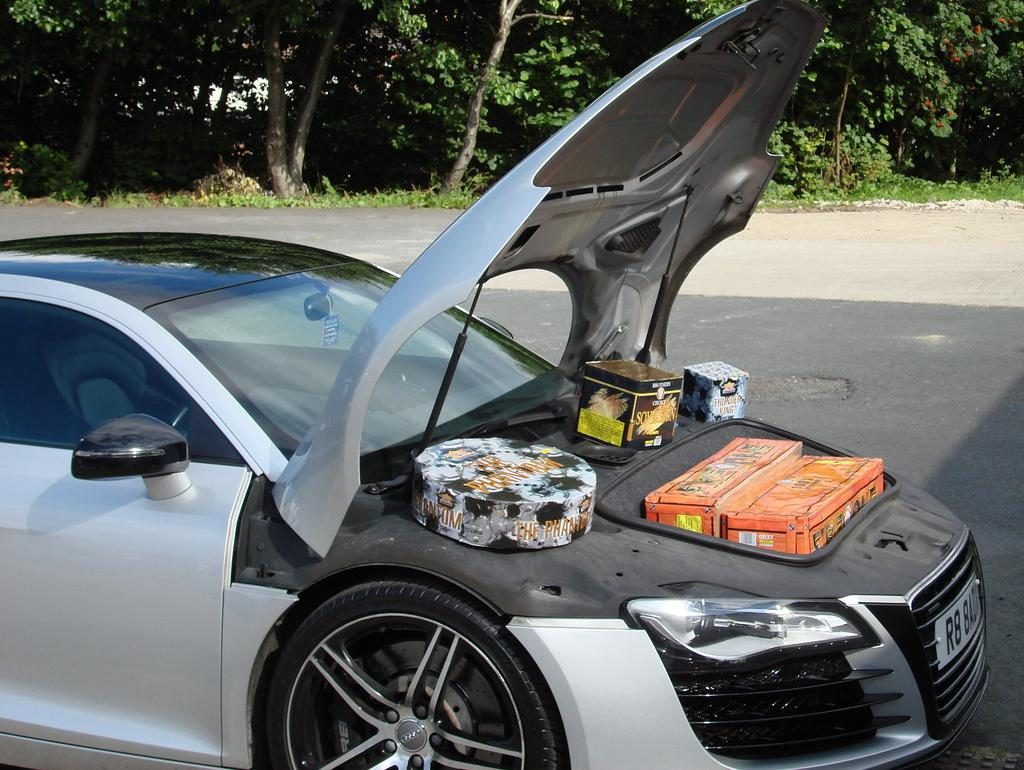 Everyone looks at the initial price when they view cars. The retail amount is what stands out because it’s what makes it affordable in our eyes. If we don’t have this sort of cash, then there is no way to purchase the motor. There are many reasons why this isn’t true, but the main one is the running costs. After the fact, the car might get two, three or four times more expensive than the outright price.

One reason not to buy a used model is the after effects. What is cheap in the beginning will only start to skyrocket in a few months’ time. Why? It’s because old cars are likely to break down and need repairing. Then, you might have to source a part from a faraway country if the model isn’t in circulation any longer. Plus, the constant little payments all add up. An M.O.T is around £60 a go, and a second-hand make will need multiple checks if it fails the first time around.

Although new vehicles are expensive in the beginning, their price drops after a while. They are less likely to go kaput and are better built so will last longer. If you are keen on a used car, then check out this guide on https://www.rac.co.uk/.

Not to say dealerships aren’t trustworthy, but they have a business to run and need to make money. To do that, they’ll sell to unsuspecting buyers who believe everything they say. And, when they are sceptical, their employees will use age-old tricks to try and tempt you into a deal. Whatever you do, don’t put any stock into their selling tactics. All they’re attempting to do is to make it seem as if the car, and the price, won’t be around for long.

A deadline is a method all salespeople like to use, not just car reps because it forces you to make a decision. At some point, you’re going to have to say yes or no and go on your merry way. As a rule, it’s best to reject the offer and walk away if they are playing hardball. Firstly, there are thousands of suppliers on the market with deals that are as good, and, secondly, you’ve got the leverage.

The rep and the dealership need the sale more than you require the car. You can use public transport or walk (shocking, I know) while you find the right match. Money doesn’t grow on trees, so they can’t magic profits out of thin air. Their tactics are smoke and mirrors to try and make you panic, which is why you shouldn’t oblige.

Haggling At The Rep’s Pace

One specific trick of the trade worth mentioning is haggling. To get an excellent deal, you’re going to have to drive a hard bargain. Otherwise, you’ll pay full price and walk away with no cash in your back pocket. However, there is an art to negotiating a deal and you can’t turn up and start reeling off numbers. This is when the salesmen and women are at their best.

What they do is simple – they start high and work their way down to the original price. Say they are willing to sell a vehicle for £8,000 and the tag says £12,000, they’ll tell you they can’t go under £11,000. To the uninitiated, it seems like a bargain but there is still £3,000 on the table. Https://www.autoexpress.co.uk/ has info, yet the key is to start low and work your way up to the rate you’re willing to pay. Use their trick in reverse and say “no, thank you” when they play hardball.

Also, haggle over options as well as the price. Get them to throw in the things which don’t come as standard, such as a three-year warranty rather than a twelve months’ one. Keep your cards close to your chest because the smallest piece of info can tip the scales in their favour. 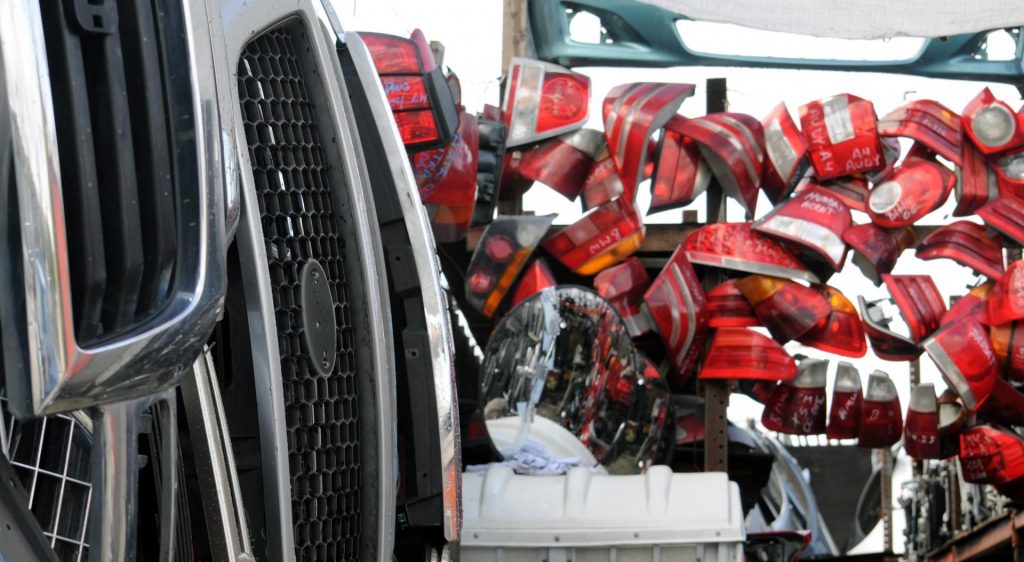 “Are you mad? Don’t go to a dealership because they’ll charge you a fortune. Go online instead or visit the local garage and ask them for advice.” While the internet and local knowledge are handy tools, they aren’t always the wisest options. For one thing, it can take weeks and months to order the part. All the while, your car is sat on the drive and you have to sit next to a weird stranger on the bus.

It’s enough to make you check out https://www.robbinsnissan.com/managers-specials for a new deal. But, there is no need to because you can follow https://nissanpartsdiscount.com/ to their e-part store instead. There, you’ll find the parts and accessories to repair your broken motor. Okay, the price might be high compared to other alternatives, but factor in the overall experience. How much are posting and packaging? What about the cost of labour when it arrives? How long will it take?

Usually, buying parts from a bona fide dealership not only saves you money but time and effort, too. Also, there is a backup plan should it not work. Plenty of car-lovers try the DIY route and end up with a dud spare. If this happens with a dealership, you can get a refund or ask for an exchange, both of which are money-savers.

Buying a car is one of the last great bastions of interacting in person. Nowadays, we conduct meetings spend our free time on a mobile phone, but not at the dealership. For a fantastic deal, you have to speak to an employee face-to-face and see the whites of their eyes. You must gauge their body language and get a feel for what they will and won’t sanction. Being there in person is vital, or is it?

The majority of buyers feel comfortable when they are in a showroom, and that’s the problem. Sellers are charming and unassuming, and it’s a dangerous mix. Once in the office, there’s a better chance they will upsell things which you don’t need. It’s their job to be able to flog Santa Claus an Arab. So, it’s in your best interests to ask for a quote over the phone. Then, it’s straightforward to compare prices without having to deal with a silver-tongued devil.

Some dealers won’t divulge the info over the phone and will reference the Data Protection Act. It’s nonsense – they want you on the lot where you’re vulnerable. To get them to give you a quote, tell them you’re desperate but don’t have the time to drive down.

Myths are everywhere and there’s a good chance you’ve fallen foul to a few in the past. Still, don’t you feel better now they’ve been busted?