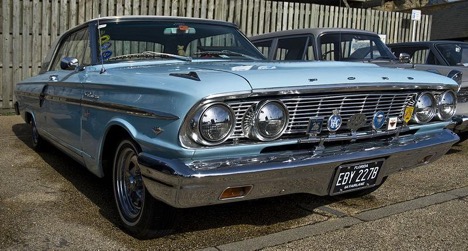 It’s always something we think about when we buy a used car, exactly how safe is it? We’re always hedging our bets with a car that’s been used previously. The older the car gets, and you can usually think that it’s more dangerous. But is this actually the case? Are older cars more dangerous for us, especially in this safety conscious climate? Or is it all relative?

What Are The Stats?

Information from the National Highway Traffic Safety Administration highlights that the newer vehicles are actually the safest, at least on American roads. They used the most recent data from the Fatality Analysis Reporting System operated by the government and found that, in fact, older cars are more dangerous. There were a greater proportion of deaths involved in cars that are older. Information provided highlights that cars from 1984 or before resulted in 55% of occupants killed in a car crash, and as the models come up to date, the percentage decreases. In fact, car models between the years 2013 and 2017, 26% of occupants were killed in these crashes. And due to the safety technology and ability for occupants to survive a crash, it shows very clearly that the newer the model, the safer it is.

What About The Breed Of Driver?

While the stats speak for themselves, the fact of the matter is that accidents are still commonplace, despite the safety features of modern cars. The modern features are designed for the safety of the passengers, and as cars are subject to more rigorous testing, we feel the car can overcompensate for a lack of ability behind the wheel. ABS, also known as anti-lock braking is one of the most beneficial additions to any vehicle now. And it’s interesting to see the development of this over the years, https://www.meineke.com/ shows a fascinating history of this, but if we are to assess the multitude of distractions the average driver has behind the wheel now, can we really compare new with old? It seems that modern cars are safer, but this is due to being subject to rigorous testing, but as the driver has to contend with increased traffic, as well as more distractions inside the vehicle, can we chalk it down to the type of driver behind the wheel? Any car accident lawyer would tell you that the biggest culprit of accidents these days is distracted driving. And firms like https://bayoucitylaw.com/ have more than their fair share of cases where distracted driving is the most defining factor. And so, this means that regardless of the safety features, the driver is at fault.

But when we look at the drivers of the past, they were learning on roads that weren’t as clogged up with traffic, but they also had a vehicle that was so much harder to drive. As cars have improved over the years, and the shift from driving stick to automatic has become commonplace, pretty much anybody is able to get behind the wheel. While there are still so many other countries that operate predominantly with a stick shift, in America, it’s very much about putting your foot on the accelerator, and off you go! When we look at the classic models of an average car, it was very much akin to operating bulky machinery, and the slightest mistake caused infinite problems behind the wheel. But now, we don’t have those issues. Cars stalling is especially rare, and clutch control is unheard of because the car does it all for us! So we could argue that skill isn’t necessarily a defining factor anymore.

What Is The Answer?

As drivers of yesteryear have built up experience behind the wheel, it’s unfair to compare them to the newer breeds. After all, the old guard of drivers had their work cut out for them because the vehicles were harder to operate, but the features were nowhere near as sophisticated as today. While the stats show that more people died in older models does this mean the older car is actually to blame, or is it the driver? Because there are so many different defining factors, especially when it comes to distracted driving, and as the Fatality Analysis Reporting System looked at data from 2012 to 2016, is this actually a good sample to draw from? While there is more focus on the aspects of safety these days, the number of crashes is still consistently high. In 2017, 37,130 people were killed in a car crash, which is a 1.8% increase from the previous year which is great, but prior to that, in 2016, the total deaths were up by 6.5%, and 8.4% the year prior to that. So this decrease is the first since 2013. So clearly, there is still a problem on the roads, so it is it unfair for us to pin everything on the car itself? And especially as the newer cars are safer, this statistic is still pretty alarming. So if we are to compare this to older cars how can we state that they are more dangerous?

As more drivers get on the road, and the cars become safer with every passing year, road deaths are still pretty common, so we can’t say this is a fair assessment of the quality of the car. After all, while older vehicles were harder to drive, there were fewer vehicles on the road, so the only way to really measure if an older car is dangerous is based on the statistics already stated. But, as a newer car will fare better in an accident compared to an older one, we have to judge it on the information we have in front of us. There are so many videos out there that compare an old version of a vehicle to a new one, and the older model always ends up being crumpled like a concertina. On the face of it, older cars are more dangerous, but as the roads are more dangerous now and there are newer cars, it’s all relative.