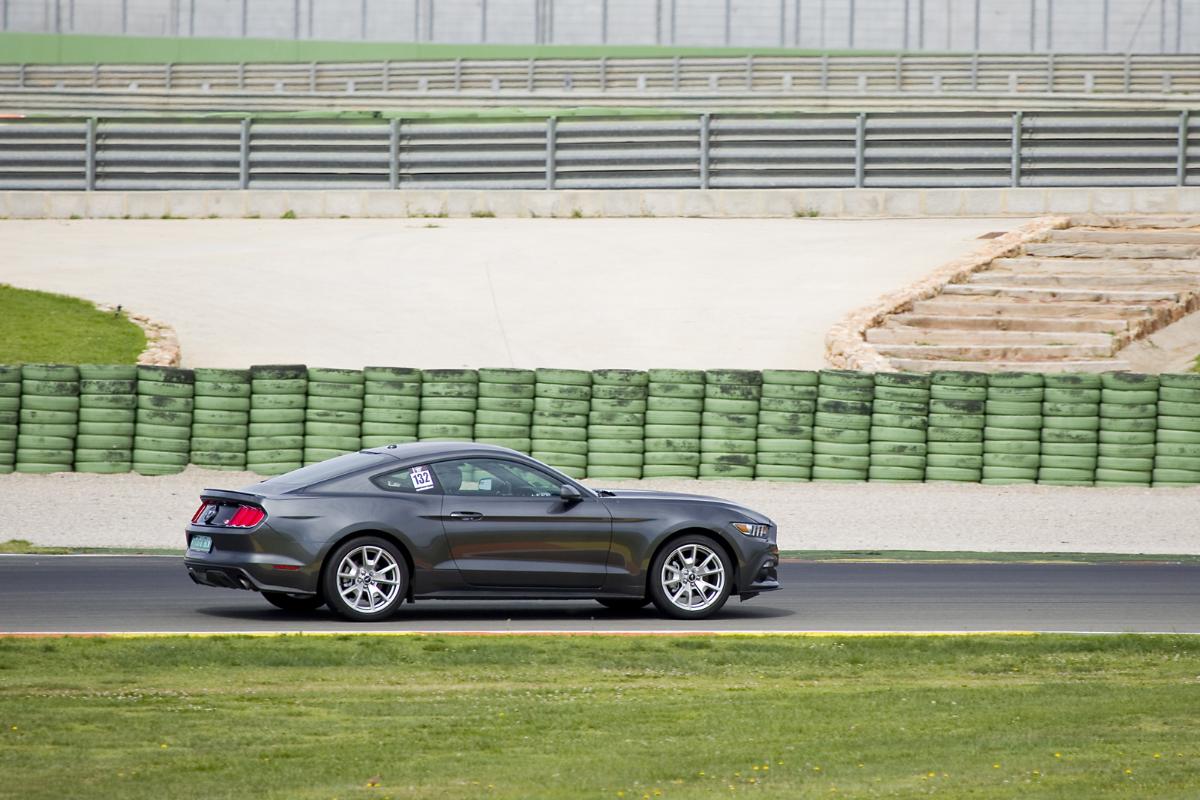 If you’ve never seen Ken Block whipping around a hairpin turn in a Ford Focus on a closed course in San Francisco or dodging obstacles in a professionally designed automotive stunt course, words can’t describe the visual euphoria you’ve been missing. As millions have already seen, his skills on any course are masterful, graceful – heck, they probably even defy several laws of nature. Actually, we insist that you stop what you’re doing right now and stream any of his urban Gymkhanas. It’s okay, we’ll wait.

As enrapturing as his videos might be, the real star isn’t the guy strapped safely in the fortified cockpit, it’s the four-wheeled, 2.3L EcoBoost powered, and custom built Ford Focus that steals the show. As neat as they are to watch, videos featuring a professional rally driver tearing up the track doesn’t exactly equate to selling cars (though admittedly, it doesn’t really hurt); what does move cars off the lot is improved performance and enhanced value over the competition.

Strip away all the creative marketing campaigns, commercials, celebrity endorsements, and at the end of the day, the only thing you’re going to be left with is a car. As an automaker, the thing that is going to help you outsell the competition is whether or not your offering is at the head of its class. In the world of auto sales, being number one is the closest thing you can get to pure, irrefutable marketing – and customers know it.

While the U.S. saw car sales reach a record high in 2015, many automakers are bracing for the inevitable slowdown – after all, as much as we might not like to admit it, the good times never last forever.

Ford’s Not Making it Easy on the Competition

Many automakers are turning their sights on the younger generation. Associating with drivers like Ken Block will certainly peak some interest among millennials, but what this segment of consumers is really craving for is power – and lots of it. And as far as the Focus is concerned, that’s an idea that the Blue Oval is running with; while not looking to shed its tried and tested reputation as North America’s number one brand for pickup trucks, Ford is making strides to appeal to a new pool of potential customers by bringing the highly anticipated 2016 Ford Focus RS to familiar shores.

And as much as that news made Ford Nation rejoice, the Detroit automaker is giving people the opportunity to improve the performance of vehicles already parked in their driveways through burly performance upgrades.

Take the Ford Focus ST for example. Depending on which kit a consumer opts for, owners of the ST can see a bump of 23 horsepower (to an impressive 275hp) over a stock configuration. That’s nothing to turn your nose up at considering how budget friendly some of the upgrade kits can be. At the high end, Ford claims the premium Mountune kit can bring an ST’s power levels up to 275hp with 296lb-ft of torque. Granted, the 2016 Focus RS promises to trump the ST power output (the RS’ 2.3L EcoBoost four cylinder power plant will apparently churn out at least 345hp and 325lb-ft of torque), but for someone who is looking to give their ride a boost, a performance upgrade kit is a sound investment.

More than that, performance kits are a win-win for both the dealership and end consumer; Ford gets the benefit of an add-on sale, and the customer gets to modify and customize their vehicle without breaking the bank.

When considering Volkswagen’s Golf R, one of the key differentiators that sets the Ford Focus RS apart in terms of performance is the fact that it utilizes an AWD system that can send 100% of it’s power to the front end (assuming the vehicle is travelling in a straight line and there are no slip conditions on the road). The system is also capable of routing up to 70% of torque to the rear axle where it can then split evenly between to two rear wheels.

Long story short, the name Ford has become synonymous with performance; the 2016 Ford Focus is just the latest example of that longstanding tradition.